5
A logophilic English author and blogger shares some of this favourite facts about what is arguably the world’s weirdest language.

English is awesome and weird and full of words and rules that make absolutely no sense. And that’s why we love it.

No one loves it more than Paul Anthony Jones, one of the world’s foremost logophiles. 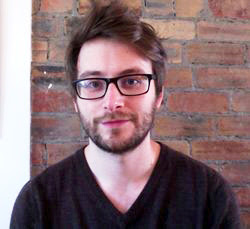 The world’s biggest word lover, Paul Anthony Jones.
The Christmas gift of an illustrated edition of the Oxford English Dictionary when he was a kid sparked a life-long interest in the minutia of “the greatest language in the world”.

“I sat and read it cover to cover. I can remember writing down all the words that I didn’t know or didn’t recognise, and all the words that sounded strange or had weird spellings. I’d finished it by Boxing Day, and that was it, I was hooked,” Mr Jones tells The New Daily.

Now with a bachelor degree in English language, a Masters degree in linguistics, and two books on the subject, Jones is pretty much the king of odd English facts. His Twitter account, Haggard Hawks, gained 500 followers in its first month, and just hit 7000 followers earlier in December.

When not posting to social media, the Englishman — who lives in Jesmond in Newcastle-upon-Tyne — spends his days trawling through the huge searchable database of the Oxford English Dictionary and reams of obscure, out-of-print dictionaries and glossaries bought from second hands shops and on eBay.

“I’m constantly stumbling across some new and unusual word from the dustier corners of the dictionary,” he says.

Jones has been kind enough to share some of his favourite English oddities with The New Daily. Enjoy.


Forty of the things that make English absolutely wonderful

1. Eleven per cent of the entire English language is just the letter E. 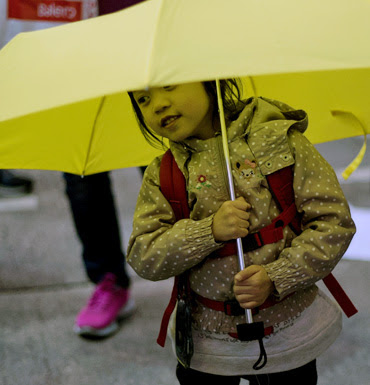 An umbrella can be a very handy ombrifuge. Photo: Getty
2. Psithurism is the sound of the wind rustling through leaves.
3. An ombrifuge is anything or anywhere that provides shelter from the rain.
4. The proper name for cutting your own hair is self-tonsorialism.
5. Sphenopalatine ganglioneuralgia is the proper name for an ice-cream headache.
6. ‘Nice’ originally meant ‘ignorant’ or ‘simple’.
7. Posing a question and then immediately answering it yourself is called sermocination.
8. A joke-fellow is someone who you share a joke with.
9. To bumfiddle means to spoil a piece of paper or invalidate a document by scribbling or drawing on it.
10. To metagrobolise someone is to utterly confuse them.
11. The opposite of déjà-vu is jamais-vu — the unnerving feeling that something very familiar is actually completely new.
12. To quomodocunquize means ‘to make money by whatever means possible.’ 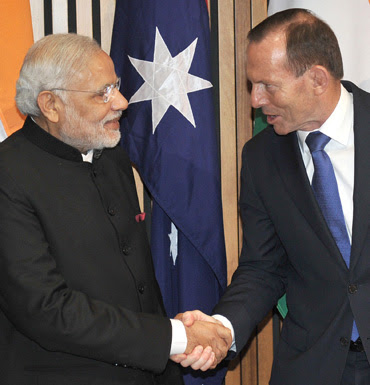 The leaders of India and Australia famgrapsing a political agreement. Photo: Getty
13. If you were to write down the name of every English number in order (one, two, three, four…) you wouldn’t use a single letter B until you reached one billion.
14. Shaking hands with someone in an agreement is called famgrapsing.
15. There was no word for the colour orange in English until the 16th century.
16. Dermatoglyphics is the study of fingerprints and skin patterns. It’s also the longest English words comprised entirely of different letters.
17. Swear words were nicknamed ‘tongue-worms’ in the 1600s.
18. If the weather has ‘flenched’ then it’s failed to improve even though it looked like it would.
19. Shivviness is an old Yorkshire word for the uncomfortable feeling of wearing new underwear.
20. To outbabble someone is to talk over them and drown them out.
21. In Victorian English, ‘follow-me-lads’ were loose curls of hair hanging over a woman’s shoulders, or loose ribbons on the back of a dress.
22. The most common adjective in the English language is good. The most common noun is time.
23. A paraphenalia was originally all of a woman’s possessions that did not automatically become her husband’s property after marriage. 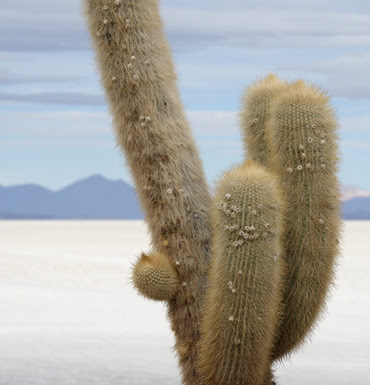 This desert plant is decidedly jaculiferous. Photo: Getty
24. To exulcerate someone literally means to annoy or irritate them as much as an ulcer would.
25. Anything described as jaculiferous is covered in prickles.
26. “The countryside” is an anagram of “no city dust here”.
27. The deliberate use of old fashioned language in modern writing is called gadzookery.
28. To cample is to angrily answer back to someone who has just reprimanded you.
29. A shrug of the shoulders can also be called a hunkle.
30. An abydocomist is a liar who boasts about the lies they have told.
31. Samuel Johnson’s Dictionary defined music as “the science of harmonical sounds”.
32. Cultrivore is the proper name for a sword-swallower.
33. A cabotin is a bad actor. Cabotinage is bad acting.
34. Shakespeare used the word armgaunt in ‘Antony & Cleopatra’. No one knows for sure what he wanted it to mean. 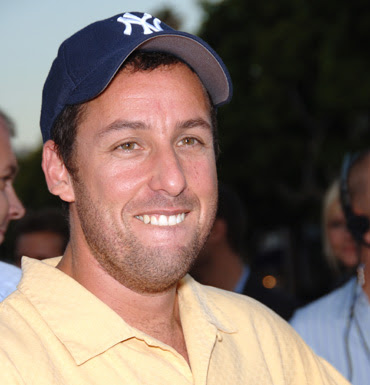 Adam Sandler is, arguably, guilty of cabotinage. Photo: AAP
35. Hogwash is literally kitchen scraps used to feed pigs. The first writer to use it to mean ‘nonsense’ was Mark Twain.
36. Quantophrenia is an overreliance on statistics to prove a point.
37. The word noon originally referred to 3pm.
38. The Scots word hansper means ‘the pain or stiffness in the legs felt after a long walk’.
39. In Tudor English, a gandermooner was a man who flirted with other women while his wife recovered from childbirth.
40. As well as being a unit of weight, an ounce is a duration of 7½ seconds.